Looking for the perfect mahi-mahi fishing?

You are in the right place if you like fishing! Best fishing with excellent service is over here! Check out our deep sea fishing routs 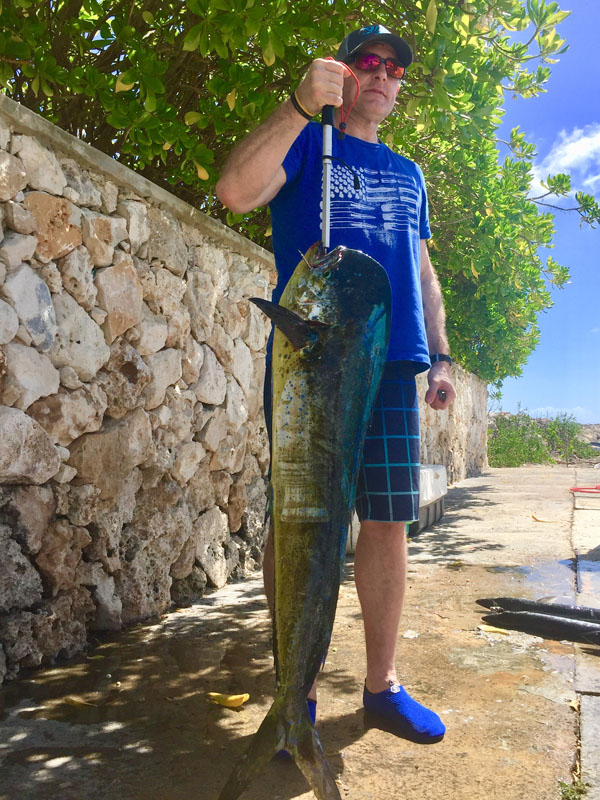 Today is my mahi-mahi fishing report in February 2020 is about old good fishing. I stood on the pier and waited for my guests. This couple ordered fishing from us through the Fishingbook website. We had to change the date of their fishing due to weather conditions. February in the Dominican Republic is considered one of the windiest months and for this many days fall under cancellation due to the harsh condition of the ocean. Today, weather conditions were normal, wind 5-7 meters per second and a wave of 4.8-5.2 feet.

At 7:50, my guests were already in the parking lot of the port of Punta Cana. A very nice couple from New York State. We met as usual and went to the boat. Already after 15 minutes we passed the reef zone and prepared our gear for fishing.
The ocean turned out to be harsher than we expected, but my guests were doing good! The first hour passed and we diligently searched for fish. The captain led our boat farther and farther from the coast and suddenly the treasured crack of the reel and the first catch on the hook.

Our guest went down and sat in the fisherman’s chair. Already after 15 minutes, a big barracuda was on board. Our guest shared his emotions with his wife and said that this is one of the heaviest fish that he had to reel. Having departed still a lot, we finally saw the hunting birds and, adding gas, set off in their direction. Walking closer to them, we threw off the gas and slowly began to plow the water and here it is a bite! This time there was a Mahi-mahi on the hook! We again invited our guests down and suddenly another bite! Each guest had a fishing rod in their hands and they carefully reeled the prey. After 20 minutes, 2 big fish were on board.

But suddenly one of the fish began to resist so much that it knocked out the lid on the box and jumped out into the water! And the lid jumped into the ocean with the fish! Save the Lid !!! – I shouted and our boat began to turn, while Alex and I tried to catch the lid out of the water. From the outside, it was probably ridiculous, but we really worried about the lid. 10 minutes later, the lid was in its rightful place. And we continued our fishing!

One the way back! mahi mahi fishing punta cana!

Looking at the watch, I realized that it’s time for returning. There was one hour left until the end of our fishing, and we were quite far from the coast. Let’s go to the port! ”I shouted to the captain. Moving to the side of the port, we continued fishing and another bite and another big barracuda. Our guest also dealt with it in 10 minutes. And suddenly we saw the birds and decided to come closer to them and bite again. This time on the hook there was a bull of a good swing. Our guest had to fight with him! the fight took about 20 minutes and in the end, our guest won. Another fish was on board. Our fishing time was coming to an end and we headed to the port. 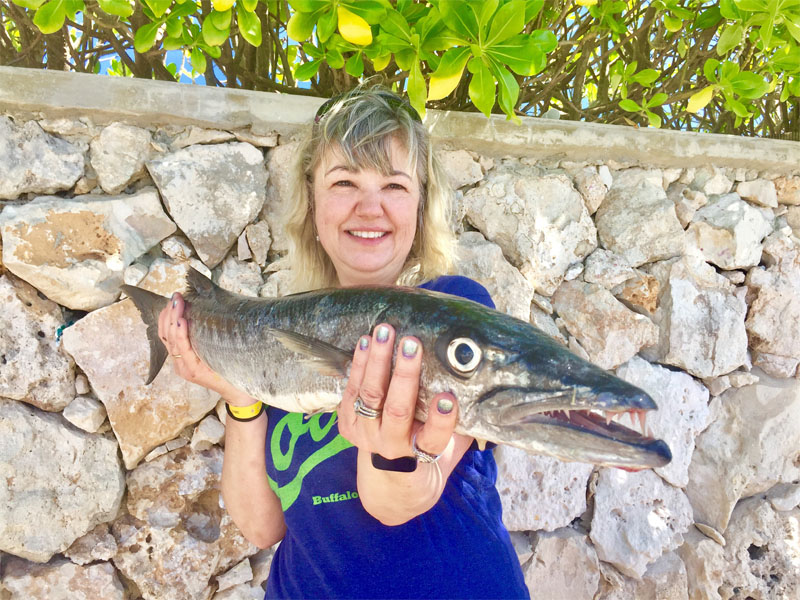 This was an amazing experience! Can’t say enough good things about Elena and crew! They were super accommodating and we caught 5 super fish! Thank you! It will be one of our top trip memories of all time for my husband and I!

ask us a question